To give a new perspective on the touring show, I would like to quote from the  Bundabergnow article with words by Georgia Neville.

Bundaberg Regional Art Gallery is set to host an upcoming exhibition featuring one of Australia’s most influential and leading glass artists Tom Moore in recognition of The International Year of Glass. 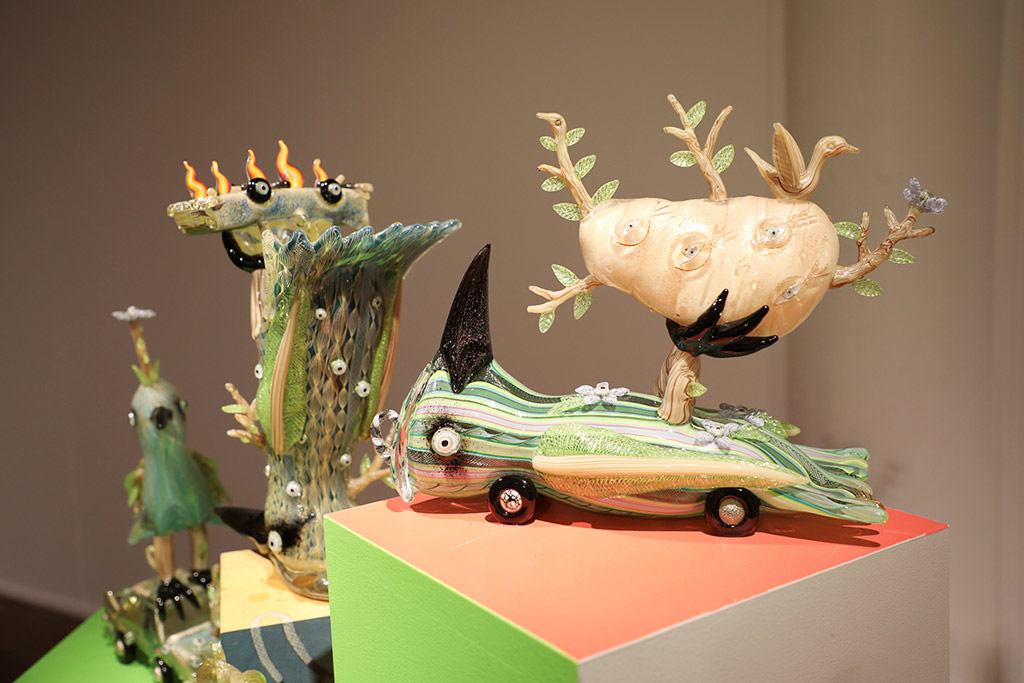 Not only does Tom’s work feature the sculptures, but it also focuses on the worlds these hybridised creatures inhabit.

Artist Tom Moore said the exhibition had taken years to create and featured a range of unique sculptures including one so large it required a team of five people to make.

“The exhibition has many unusual glass objects that took approximately four years to put together,” he said.

“Many of the objects have intricate patterns embedded in the glass, inspired by ancient Venetian techniques, with the exhibition designed to be absurd, chaotic and amusing.”

“Even the simplest sculptures take a lot of planning and preparation over several days, some of the complicated ones take a month or more.” 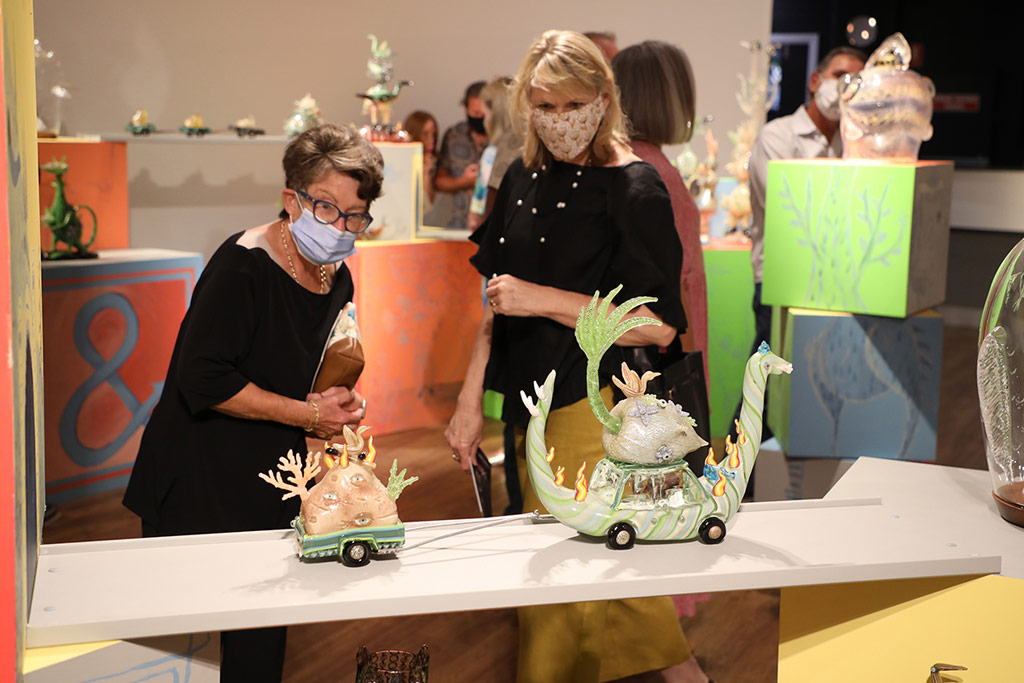 “Final assembly of all the parts needs a team of skilled glassblowers working together, with the largest pieces requiring a team of five people to make.” 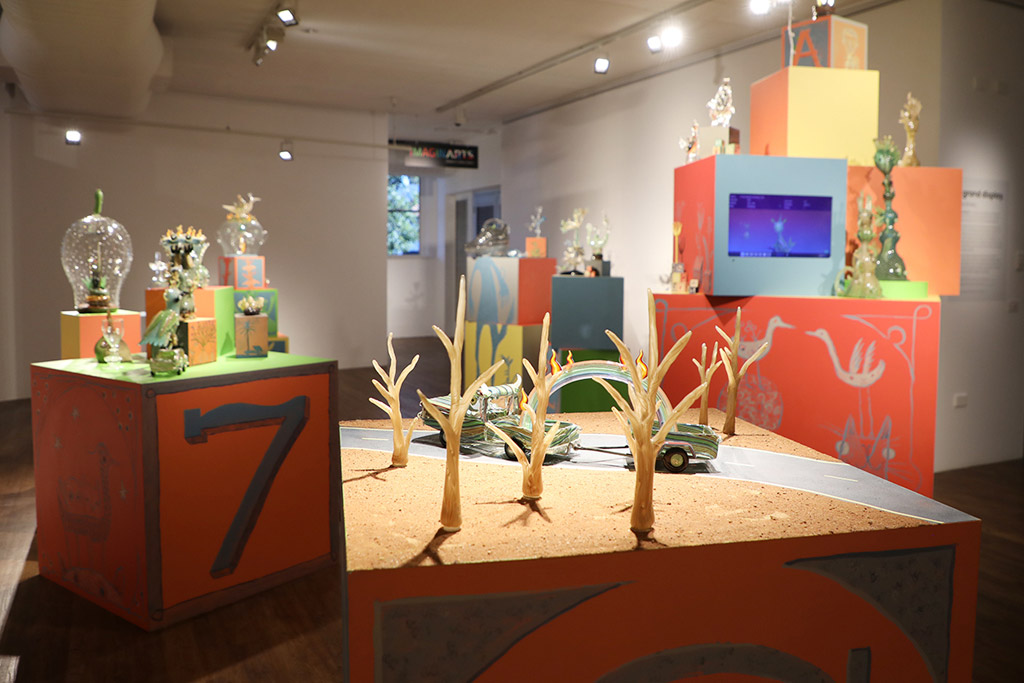 Tom said his exhibition would be of particular interest to local art lovers.

“People in Bundaberg might enjoy it especially because it shows strange interactions between humans, plants and animals and the local region has an interesting mix of nature, agriculture and industry,” he said.

Tom said the process of making the sculptures was a quite a long one with many different varieties of glass featured in each piece of work.  “Every one of them starts as a drawing, then the patterned rods are made, the small parts are made and finally everything is heated and assembled,” he said.  “Being neither truly a liquid nor a solid, glass is good for making artworks that explore in-between states of being.” 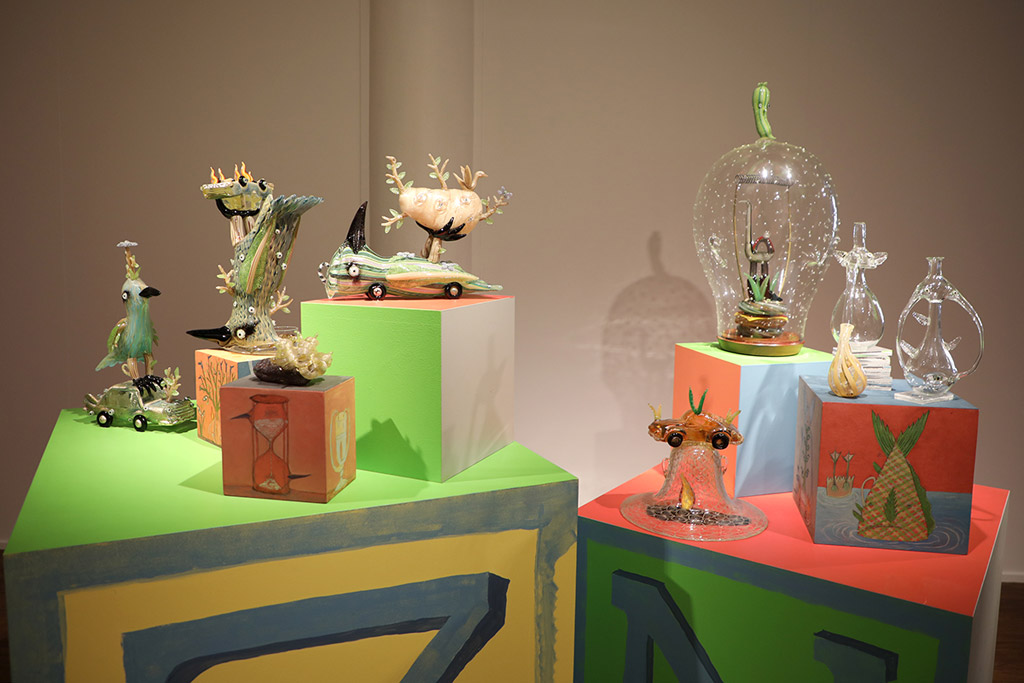