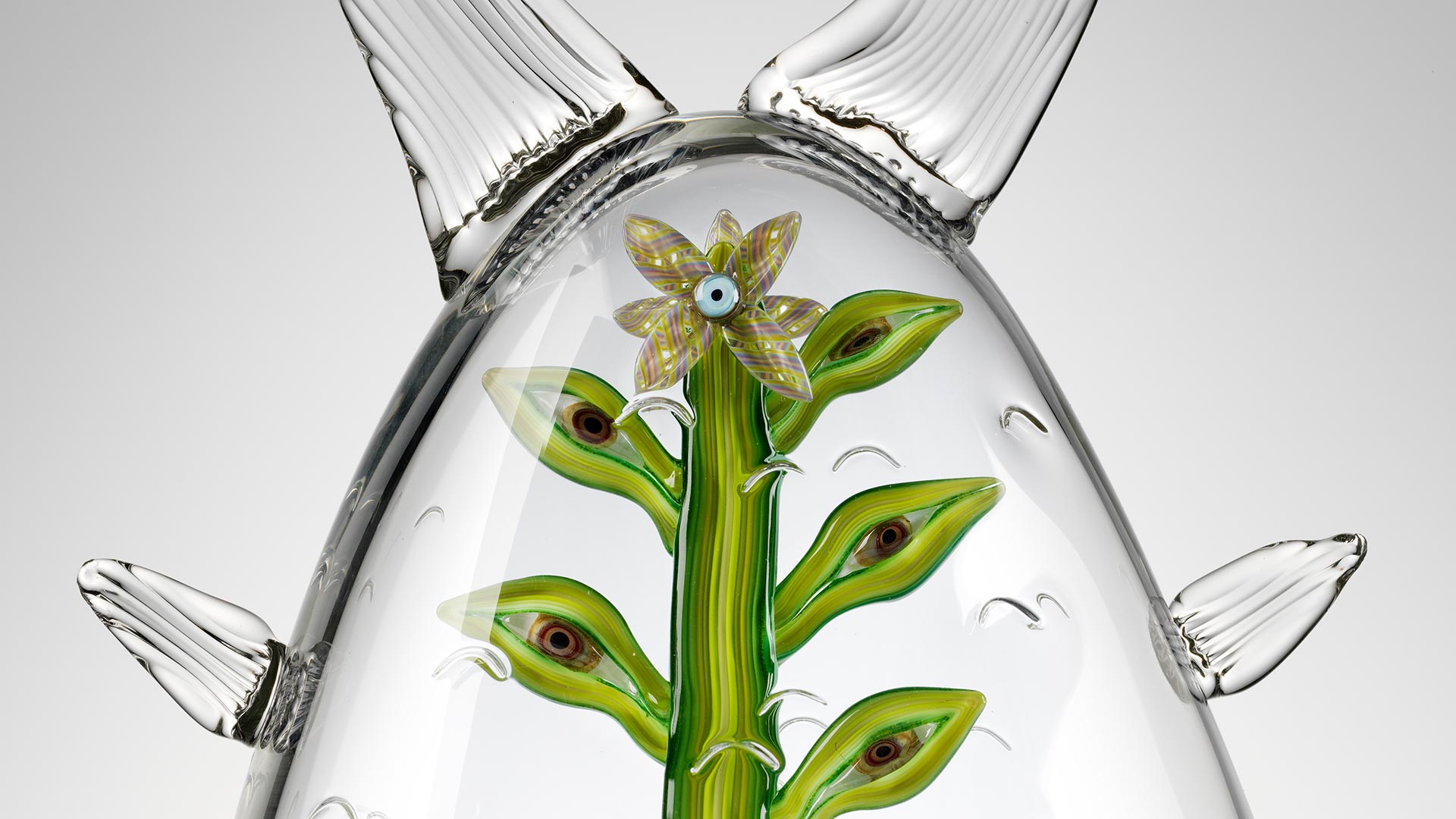 Proud to be playing a big part in the 2016 Adelaide Biennial with work being displayed along with other artists in the Art Gallery of South Australia.

Being part of the Adelaide Biennial was a fantastic, wonderful honour, and an amazing opportunity to showcase his glass and mixed media installations to a national audience. Lisa Slade was an extremely generous curator, allowing Tom and Rosie to basically camp out in the Art Gallery of South Australia for over two weeks building the exhibition and installing miniature cities and gravelly roads, walls of glass rain, chaotic structures packed with precariously balancing creatures and all manner of glass foliage.

The piece Magnified Planktonic Self, was upscaled and transformed into a giant 5m inflatable in front of the Art Gallery as well as shrunk, plasticised and used as inspiration for a limited edition of snowglobes.

Tom’s work also featured in the Museum of Economic Botany in the Adelaide Botanic Gardens. Curator Tony Kanellos wrote, “Moore’s world is a place of evolutionary chaos – what might the world be like once the people are gone- a nonsensical plant-animal-machine population which is beautiful and fun but on further contemplation may incite bleaker thoughts. What do these freaky illogical creatures eat? Do they eat each other?” ….Good questions. There remains part of that show in the museum, hidden away within the collection in plain sight, permanently on show, quietly blinking.

Alongside the Biennial, the Fringe Festival showcased the illuminated buildings of North Terrace. Tom’s The Bureau of Comical Ecologies was projected onto the Art Gallery of South Australia by The Electric Canvas for Fringe Illuminations. The Bureau of Comical Ecologies brought his creatures and installations to life, cycling through an amazing story of growth, destruction and regeneration with blinking, zooming potatofishcars, soaring palindrome birds and a flaming stegosaurus that stole the show.

It was a wild ride.

A few snippets from the web…

“The Adelaide Biennial is Australia’s longest running survey of contemporary Australian Art. Presented by the Art Gallery of South Australia, it provides an opportunity for Australian artists to produce new work of significant scale and impact. The 2016 iteration, titled Magic Object, is the most ambitious to date. Curated by Lisa Slade, it presents the work of 25 artists across five venues from 27 February to 15 May.” – Wellmade

“In the 2016 Adelaide Biennial Tom Moore is everywhere. Moore is certainly more – his work can be seen from the front forecourt and façade of the Art Gallery of South Australia on North Terrace, to inside the Art Gallery itself and then east along North Terrace to the last standing Museum of Economic Botany in the world, nestled in the Adelaide Botanic Garden. Such abundance and proliferation is perfectly apt for an artist with a generative practice founded on the arcane and secretive art of glass making.” – Adelaide Biennial 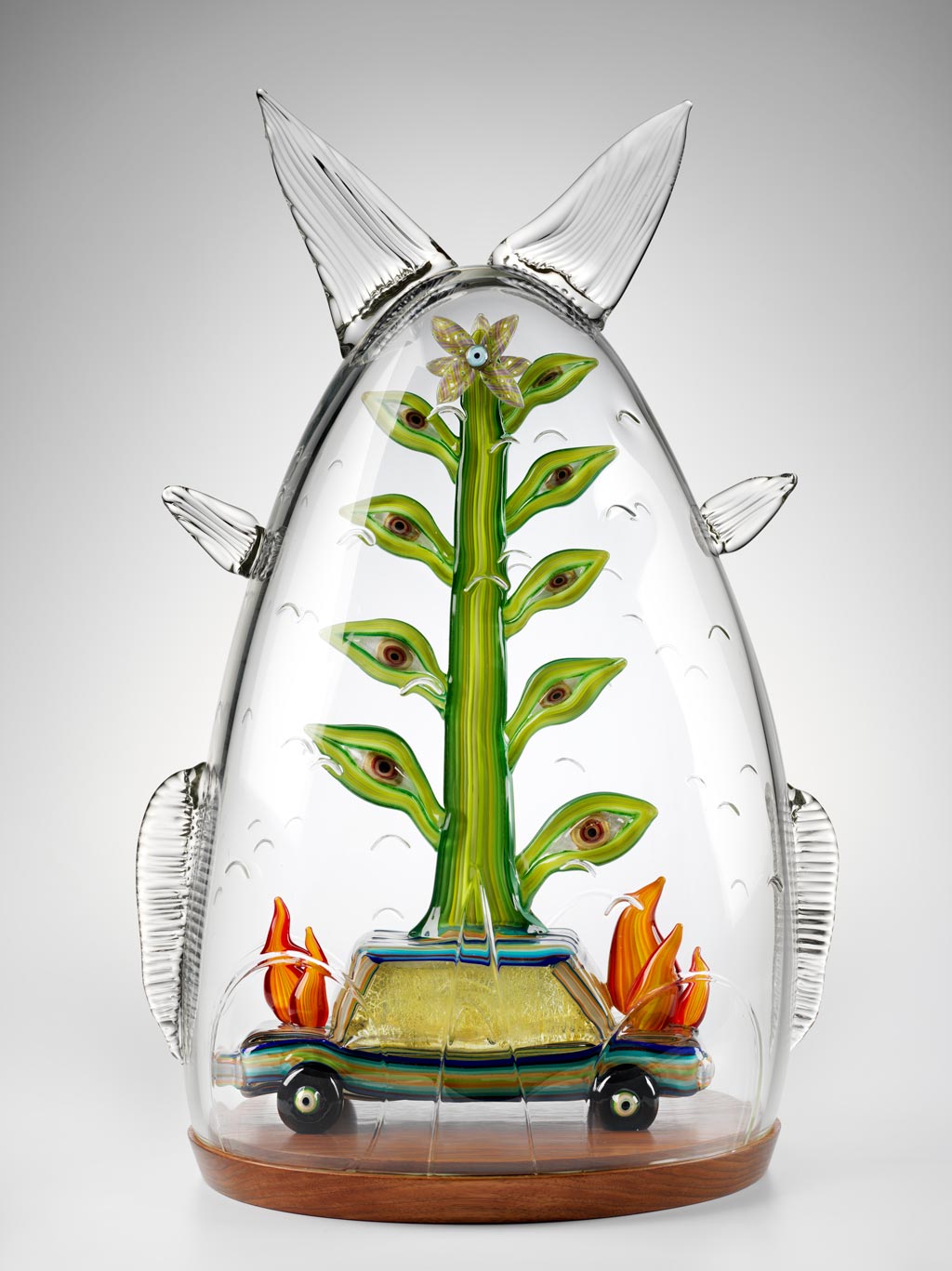